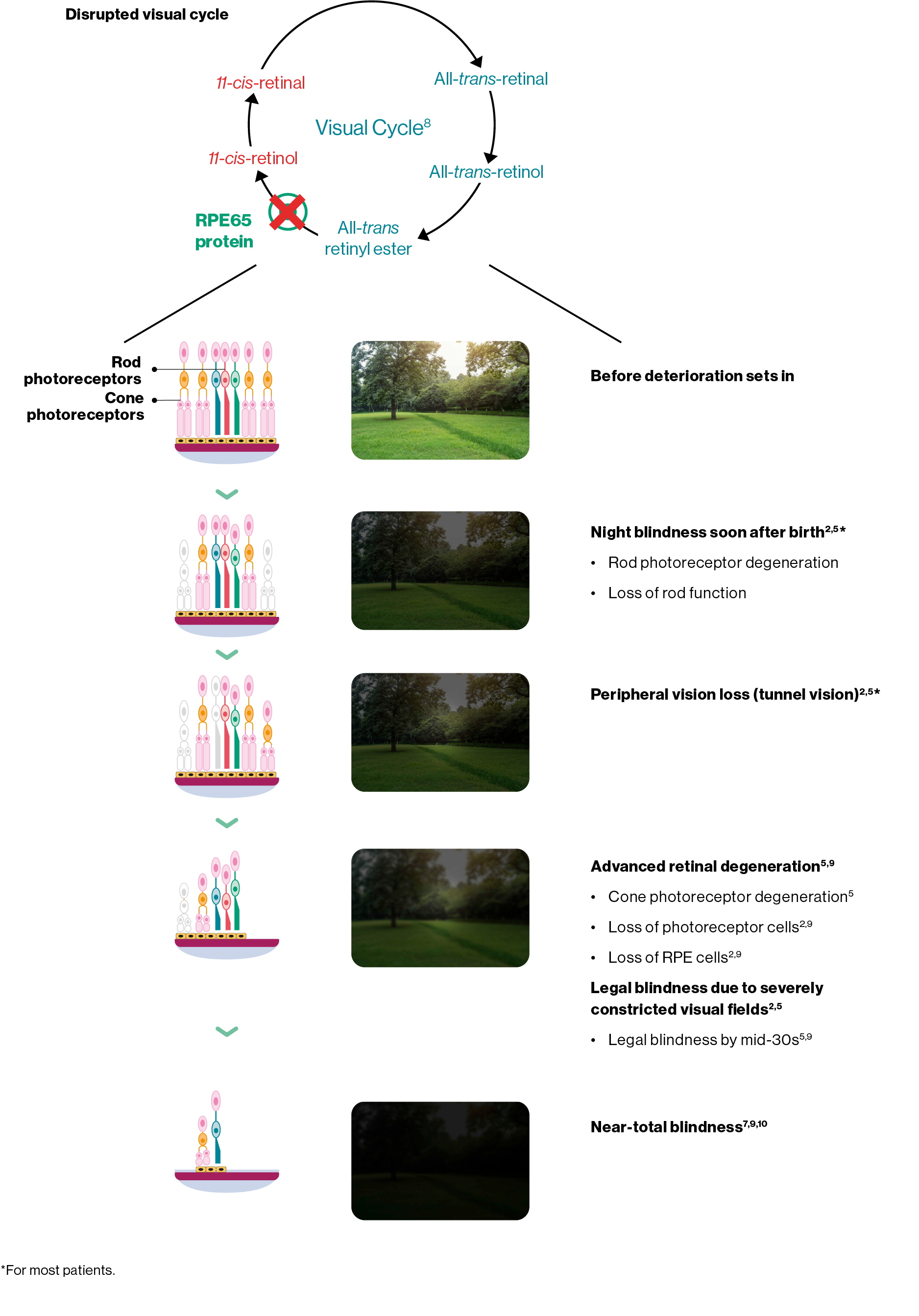 The hallmark of an RPE65-mutation-associated IRD (RPE65-IRD) is an inability to see in low-light conditions (night blindness, nyctalopia).5

RPE65 mutation-associated IRDs have overlapping signs and symptoms with other IRD phenotypes.15

© The American Society of Retina Specialists.

Understanding the condition: See what they see.

IRDs have overlapping signs and symptoms: The only way to fully diagnose an IRD is a genetic test.

Now that there is an approved gene therapy,1,7 an early and complete diagnosis of an IRD is more important than ever.

>270 genes are associated with IRDs and with multiple phenotypes.3,4

Genetic tests can improve the accuracy of diagnoses and prognoses.17

of IRD patients are interested in having a genetic diagnosis for their disease.7*

*In a survey of IRD patients.7

Indication: Luxturna is indicated for the treatment of adult and paediatric patients with vision loss due to inherited retinal dystrophy caused by confirmed biallelic RPE65 mutations and who have sufficient viable retinal cells.1