SOLAR-1 was the first Phase 3 trial of PIQRAY® + fulvestrant in patients with HR+/HER2– advanced breast cancer harbouring a PIK3CA mutation.1,2

A randomised, double-blind, placebo-controlled, multicentre Phase 3 trial in HR+/HER2− patients with advanced breast cancer. A total of 572 patients were enrolled in the trial, including 341 patients whose tumour harbours a PIK3CA mutation.

Patients were stratified by:

aMore than 90% of patients had their mutational status identified from archival tissue.4 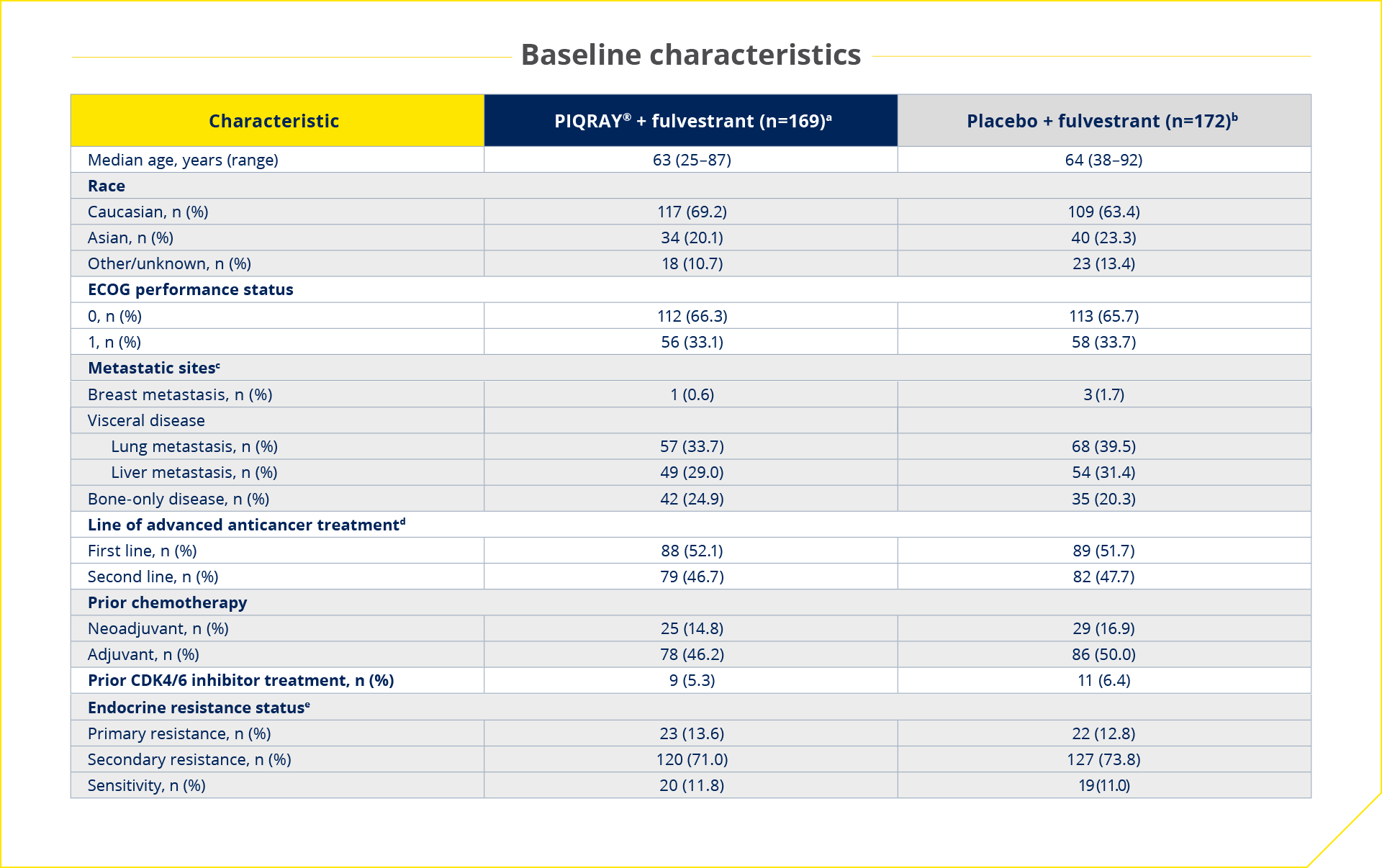 aOne man was enrolled in the PIQRAY® + fulvestrant arm. All other study participants were postmenopausal women.

bOne patient randomised to placebo was not treated. 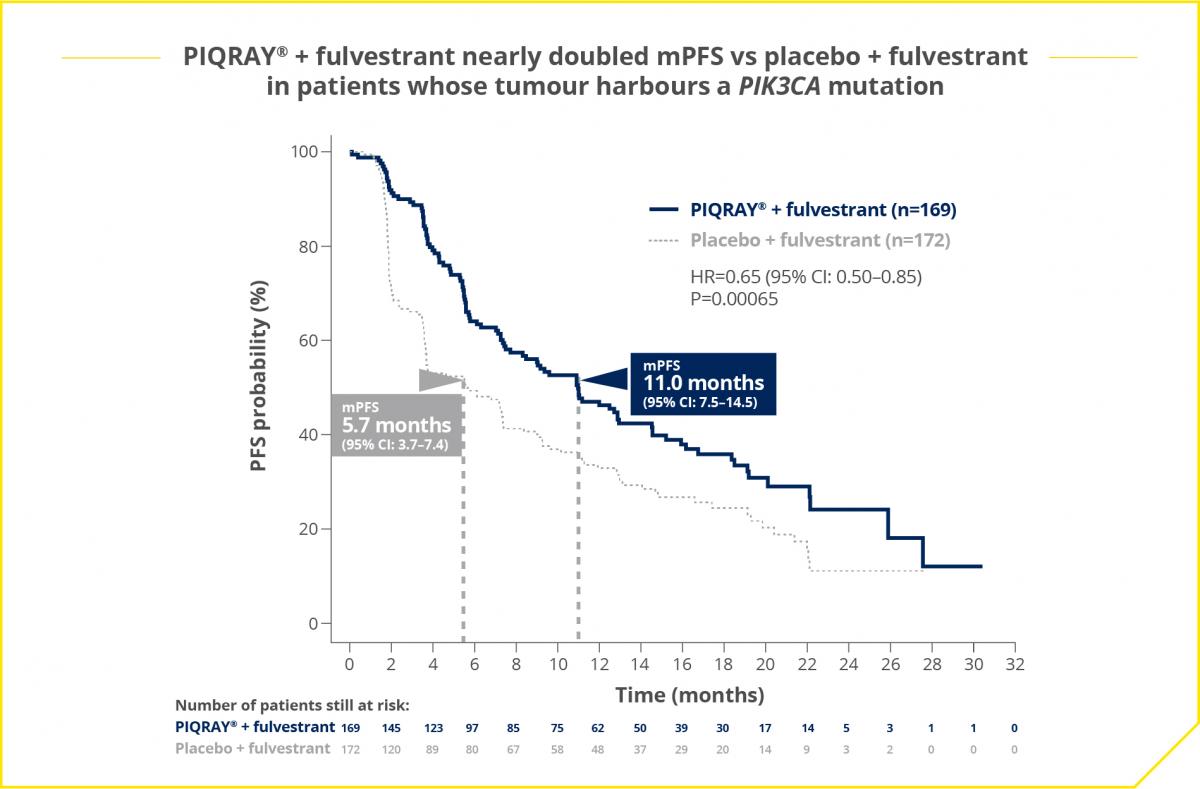 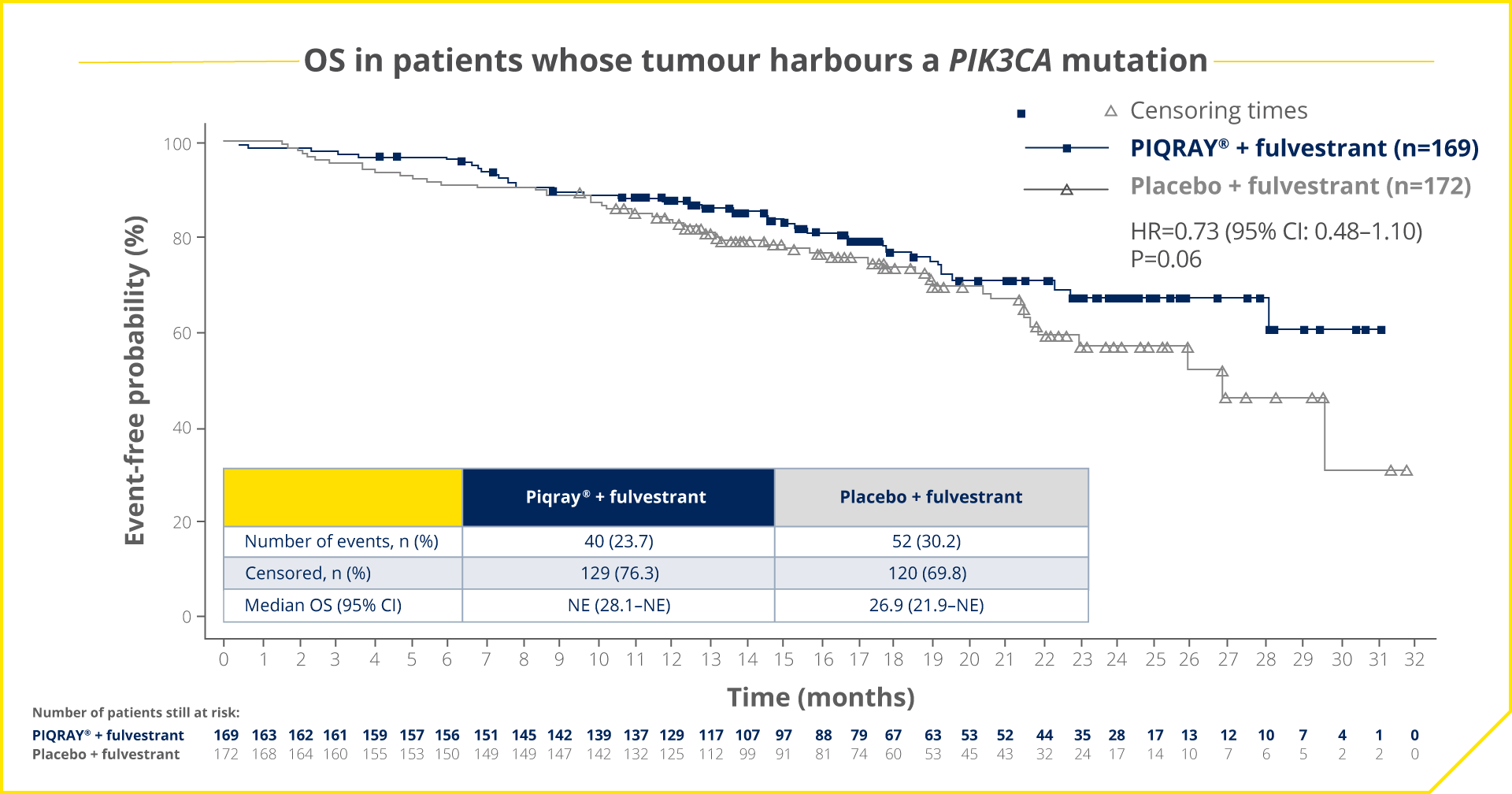 *OS data at the first interim analysis were immature; as of the cut-off date (12 June 2018), 52% of the planned number of events for the final OS analysis were included.4 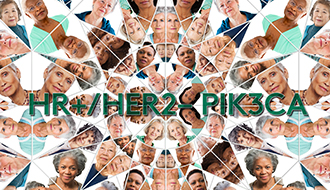 Read more about the prevalence and significance of PIK3CA mutations.
Explore PIK3CA > 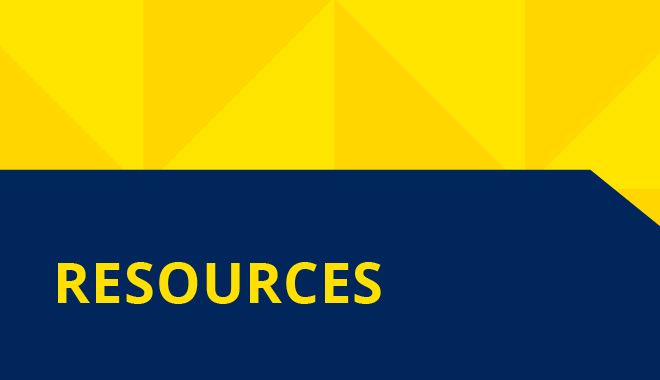